Litigation under the TCPA has grown considerably in recent years in part due to rising consumer complaints about spam text messages and calls.  Most TCPA violation cases are filed in federal court under the statute and often proceed as class actions so that thousands of similar claims can be simultaneously resolved. The Act provides for steep statutory damages of $500 and up to $1,5000 per violation.

In the Bank case, the plaintiff Todd C. Bank filed the class action case against Independence Energy Group and Independence Energy Alliance, LLC over pre-recorded “spam” calls advertising the defendants electricity services.  Thousands of calls were allegedly made in violation of the TCPA and the case sought statutory damages per violation as provided under the TCPA.  The suit was dismissed, however, based on a previous Second Circuit upholding the New York state law barring class actions suits for statutory damages from proceeding in federal court.  This New York procedural rule (New York Civil Practice Law and Rules Section 901(b)) had been used by many defendants to obtain dismissal of a class action lawsuit.

On appeal, the Second Circuit decision changed the class action landscape dramatically.  The Second Circuit reversed and remanded the case based on the U.S. Supreme Court’s decision in Mims v. Arrow Fin. Services (132 S.Ct. 140 (2012)) and held that Federal Rule of Civil Procedure 23 trumps New York State Law 901(b).  In essence, the court “uprooted” prior TCPA jurisprudence and held that state law no longer barred TCPA class actions for statutory damages.

If you have questions about spam calls or texts, visit Audet and Partners, LLP webpage dedicated to spam text lawsuits at www.audetlaw.com/investigations/spam-text-lawsuits for more information.  You may be eligible to join a spam text class action lawsuit.  The firm offers free consultations, so contact us at (800) 965-1461 or fill out the confidential case inquiry form on our website to learn about your legal options. 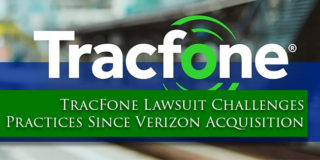 Audet & Partners, LLP is investigating an increasing number of complaints as part of a TracFone lawsuit that...