August 30, 2016 – Audet & Partners, LLP is pleased to announced that after a protracted battle over the issue of personal jurisdiction, the California Supreme Court issued a significant, favorable ruling denying an effort by Bristol-Myers Squibb (BMS), manufacturer of Plavix blood clotting medication, to obtain dismissal of pending Plavix cases in California Courts.  The ruling clarifies the quality of contacts and activities that allow a non-resident plaintiff to bring a claim in California State Court over a defendant’s objections based on specific jurisdiction over the company.  The four-plus year battle against BMS on this one issue has been waged by Audet & Partners, LLP (including Mark Burton) and Hunter Shkolnik of Napoli Shkolnik PLLC.  The victory emphasizes the need to allege certain facts to defeat the dismissal and to initially focus on jurisdictional discovery if this is going to be an issue in the case.

Audet & Partners, LLP extends it appreciation to Hunter Shkolnik, as well as CAOC, AAJ and Kirkland & Packard that provided amicus support before the Supreme Court.  This is a victory a long time in coming.

You can read the full opinion at http://audetlaw.com/wp-content/uploads/2016/08/audet-plavix-ruling.pdf. 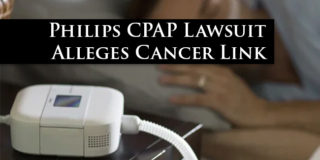 Audet & Partners, LLP is investigating claims as part of a Philips CPAP lawsuit on behalf of individuals...

Audet & Partners, LLP is investigating claims on behalf of purchasers of Zurn plumbing systems that these systems...

Audet & Partners, LLP is investigation claims by increasing numbers of consumers that a hair relaxer manufactured by...