In a ruling issued on July 7, 2018, the Superior Court of California, County of Orange issued an important ruling in the case of Johnson v. VCG-IS, LLC  that effectively extends a three-prong test applied to wage claims to other claims brought under the California Private Attorneys General Act (“PAGA”).  In Johnson, the court was presented with the issue of whether exotic dancers working at Imperial Showgirls in Anaheim, California qualified as independent contractors.  In particular, the plaintiff dancers in Johnson argued that the California Supreme Court’s recent decision in Dynamex Operations West, Inc. v. Superior Court (2018), should apply as well to their claims.  The Court in Dynamex established a new test that imposes a burden on employers to establish that a worker is an independent contractor under California wage laws by satisfying a three-pronged test.

Second, the Johnson court also rejected the Defendants’ claims that Dynamex only applies to California wage orders, and not to PAGA claims.  The Court analyzed the underlying substance of PAGA claims relative to corresponding wage orders and concluded almost identical similarities stating that “PAGA claims are based on violations of the Labor Code which, in turn, requires compliance with the wage orders.”

Though the Johnson ultimately ruled against the plaintiffs on the ancillary fact that the plaintiffs were involved in a joint employer situation, the holding is now established that: (1) the three-pronged test established in Dynamex is now applicable to PAGA claims, and (2) that such PAGA claims may be applied retroactively. 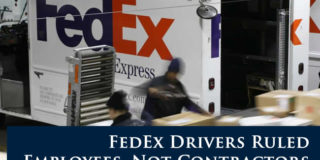 In a recent opinion issued by the Ninth Circuit Court of Appeals, Federal Express delivery drivers have been... 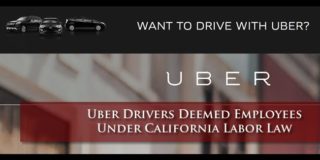 Audet & Partners, LLP reports that the California Labor Commission has sided with an Uber driver and held... 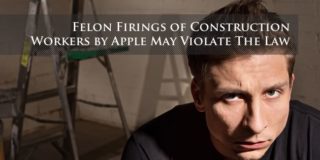 Audet & Partners, LLP is investigating claims by construction workers who claim to have been discharged from work...