A federal judge in Miami has approved settlement of a class-action lawsuit against JPMorgan Chase for its force-placed insurance practices.

The settlement provides class members with a 12.5% refund of the forced-place insurance premiums charged by Chase and Assurant, Inc.. While the settlement originally received the court’s preliminary approval back in October 2013, some homeowners objected to its terms.  In particular, homeowners argued that the claim form requirement under the settlement agreement was unfair because Chase retained the unilateral power to reject claims without notifying class members or allowing them to resolve any claims issues.

Chase succeeded in obtaining settlement approval, despite the objections raised by homeowners, by convincing the court that the objectors were too few to derail the settlement for the entire class.  Reports indicate that out of the hundreds of thousands of homeowners in the class only a few hundred opted out and fewer lodged formal objections. Had the court not approved the settlement, U.S. District Judge Federico Moreno indicated the entire class of plaintiffs may have had to endure a long and expensive trial, without any certainty that they would have prevailed given the complexity of the case.  Accordingly, Judge Moreno approved the settlement so that the homeowners would be assured some relief.

Over 1.3 million homeowners sued Chase for charging them inflated insurance premiums for force-placed insurance policies when the homeowner’s policy lapsed or was deemed insufficient by the bank.   Chase earned commissions from the insurance companies in return, netting the mortgage giant nearly $600 million in additional profits.  Although Chase did not admit to any wrongdoing, the company has said it discontinued its reinsurance practices a year ago and also stopped accepting commissions.

In approving the settlement Judge Moreno barred Chase from taking any commissions, kickbacks or reinsurance funds and from “inflating premiums” for any force-placed insurance for the next six years.

If you believe your mortgage lender unfairly forced you to purchase hazard insurance for your property, or if you have questions about a forced-placed policy you have, contact the attorneys at Audet and Partners, LLP to determine if you are eligible for compensation.  Call us at (800) 965-1461 or complete and submit the confidential inquiry form on the right side of this page. 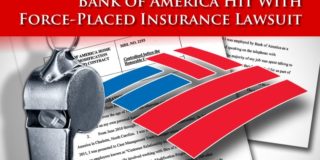 On March 28, 2014 Bank of America was hit with another class action on behalf of a nationwide... 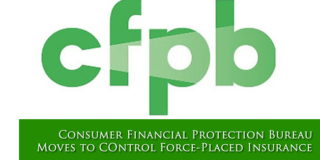 Several homeowners involved in the class-action lawsuit against JP Morgan Chase and Assurant Inc. over force-placed mortgage insurance policies have objected to the proposed $300M settlement on grounds that the settlement is unfair. JPMorgan Chase and Assurant Inc. previously agreed to a $300 million settlement to resolve the class-action lawsuit brought by millions of homeowners who claimed they were unfairly overcharged for “force-placed” mortgage insurance.  Chase apparently made nearly $600 million in additional profits by earning questionable “commissions”...