Audet & Partners, LLP has launched a Lava Ultimate lawsuit investigation stemming from claims by dentists against 3M and the marketing of its line of Lava Ultimate dental products.  Heavily promoted when introduced to the market in 2011 as a revolutionary “chairside” solution to longstanding challenges faced by dentists in performing indirect restorations, it did not take long after this market introduction for dentists to notice that the Lava Ultimate was debonding at an alarmingly high rate.

It is suspected that 3M knew, or should have known, early on that the Lava Ultimate was defective and prone to debonding.  It is further suspected that despite this knowledge or negligence, 3M refrained from either puling the product from the market, or even notifying dentists of this recurring problem.

In fact, it is alleged that 3M hid this information and misled dentists throughout the country as to the efficacy of Lava Ultimate until June of 2015.  It was at this time that 3M issued a revised protocol for the use of Lava Ultimate, and acknowledged that Lava Ultimate was not appropriate for crowns.  As a result of 3M’s withholding of this information, it is suspected that dentists have incurred substantial losses associated with having to redo procedures involving Lava Ultimate since 2011.

If you are a dentist that used 3M’s Lava Ultimate until June 2015 and have incurred losses due to debonding of the product, you are urged to contact a class action attorney from Audet & Partners, LLP for a free, confidential case evaluation.  You can contact us either by completing and submitting the inquiry form on the right side of this page, or by calling us at (800) 965-1461. 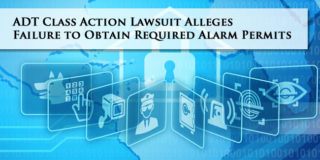