Following Federal Judge Anita Brody’s decision to hold off on final approval of the $764M NFL concussion settlement, concerns from players and their lawyers continue to mount about the settlement.

Will the $764M Settlement be Enough to Cover All Injured Players?

Judge Brody decided not to approve the settlement after expressing her concerns that the settlement amount may not be enough to adequately pay the thousands of retired NFL players who sued the league. Both sides have been requested to supply her with additional information to support the fairness and adequacy of the amount.

The $764 million settlement represents a combination of medical benefits, cash payments for players with qualifying injuries, and medical testing for as-yet asymptomatic players and covers thousands of retired NFL players.  The players sued claiming the NFL concealed the risks and long-term effects of head injuries caused by on-the-field concussions.

Reports indicate that the players who sustained the worst injuries, including serious brain damage that led to neurodegenerative conditions, such as Alzheimer’s, Parkinson’s, and Lou Gehrig’s disease, may received cash payments of up to $5 million each.  Large sums would also be paid to the families of players who committed suicide as a result of brain damage, such as the family of the late Junior Seau.  Players with lesser injuries would receive lower payouts.

To be eligible for settlement funds, the retired players would have to present medical evidence and receive qualifying diagnoses.  Judge Brody indicated in her order that the proposed settlement may be inadequate noting that “…[e]ven if only 10 percent of Retired NFL Players eventually receive a Qualifying diagnosis, it is difficult to see how the Monetary Award Fund would have the funds available over its lifespan to pay all claimants at these significant award levels.”

Concerns also exist over the treatment of claims and the opt-out provisions of the settlement.  For instance, an attorney for the Seau family has already objected to the fact that the settlement does not adequately address that separate wrongful death claims held by the Seau children (that are in addition to the claims of his estate).

It is too early to determine whether or not the settlement will be derailed by the objections and concerns being raised by players’ lawyers.  If more supporting evidence is presented to Judge Brody, she may eventually approve the settlement.

If you are a former NFL player with concerns about the adequacy of the concussion lawsuit, contact Audet and Partners, LLP at (800) 965-1461 or complete and submit our confidential inquiry form on this page. 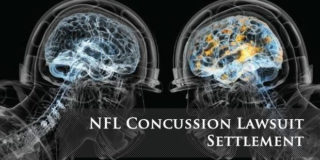