Audet & Partners, LLP reports that the California Supreme Court has issued an opinion which may leave large pharmaceutical companies vulnerable to antitrust challenges arising out of patent litigation settlements that effectively stifle competition in the pharmaceutical marketplace.  In these “pay-for-delay” lawsuits, manufacturers have been sued by consumers claiming that drug companies paid off smaller generic manufacturers as a way to keep lower-cost generics off the market.  In so doing, the larger companies have been able to maintain higher prices than likely would have existed had the generics been introduced into the market.

The particular pay-for-delay lawsuit resolved by the California Supreme Court ended a nearly 25-year dispute centered around the Cipro antibiotic drug.  In 1992, Barr Laboratories had taken action to invalidate Bayer’s patent on Cipro so as to clear the way for Barr’s competing version of Cipro.  Five years later, Bayer paid Barr nearly $400 million to resolve the patent challenge.  Barr then ceased its efforts to take the alternative drug to market.

The, in 2002, a collection of consumer and insurance groups sued Bayer, Barr, and other pharmaceutical companies alleging that the “pay-for-delay” scheme illegally allowed Bayer to artificially inflate Cipro prices to the detriment of consumers.

In ruling on behalf of consumers, the California Supreme Court has made clear that pay-for-delay agreements may be challenged under California state antitrust statutes regardless of clearance under federal patent law.  The Court set forth a four-pronged test to be applied to plaintiffs claims when challenging a pay-for-delay agreement.  Once a plaintiff sufficiently satisfies thirstiest, the burden then shifts to the pharmaceutical manufacturers who must then make a sufficient showing of pro-competitive effects of the agreement in question.

Additionally, the Court held that the anti-competitive nature of a pay-for-delay agreement may be demonstrated by the changing hands of non-financial compensation.

If you are a consumer or insurance group and believe that you have paid too much for medication or pharmaceuticals as a result of anti-competitive behavior, you are urged to contact a pay-for-delay attorney at Audet & Partners, LLP for a free, confidential consultation.  You can reach us either by calling (800) 965-4161, or by completing and submitting our online inquiry form on the right side of this page. 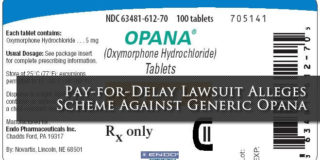 Audet & Partners, LLP reports that a lawsuit has been brought in an Illinois federal court on behalf... 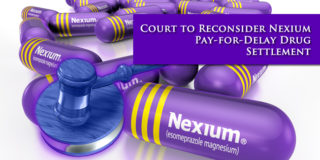