Audet & Partners, LLP - "A Law Firm Working For You" Clients come first at Audet & Partners, LLP. Clients have found that we are easy to work with. We do not believe in voicemail. We believe in getting a live person when you pick up the phone.

As outlined in our firm resume, our class action lawyers have had significant experience in state and federal court and in arbitration and mediation. We have represented clients in dozens of jurisdictions.

The decision to hire a lawyer is an important one. We recommend that you read our firm resume and explore our website to learn more about us. If you have any questions, we are just a phone call away. 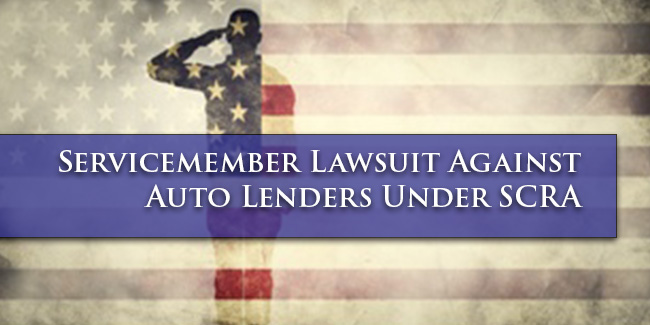 Audet & Partners, LLP is investigating an increasing number of claims by military servicemembers under the Servicemembers Civil Relief Act (SCRA) that auto lenders may have conducted illegal repossessions and/or charged illegal rates of interests on auto loans to active military personnel.  Under the SCRA, military personnel are afforded extensive protection under the law during periods of military service.  These protections include, but are not limited to the following: Protection from Repossession.  If you financed or leased a vehicle prior... READ MORE