On 19th May 2015, an underground heavy crude oil pipeline, passing along the coast of Santa Barbara County, accidentally released several barrels of crude oil into the Pacific Ocean.

The source of the leakage was a 10-mile pipeline (Line 901) owned by the Plains All American Pipeline (“PAA”). The incident which came to be referred to as the Refugio Oil Spill saw several thousands of barrels (estimated to be around 3400 barrels collectively carrying around 140,000 gallons) of oil leaking into coastal areas in and around Refugio State Beach.

The leakage of PAA’s Line 901 has been mainly attributed to PAA’s inability to adequately protect the pipeline against external corrosion and its subsequent failure to identify and remedy such corrosion in a timely fashion. Given that the area is of significant biological and commercial importance, the oil spill severely impacted the ecology and economy of the surrounding area and Santa Barbara County, as a whole.

Aside from incalculable damage caused to the aquatic and avian ecology, the fisherfolk and property owners in the area also suffered significant losses on account of damage caused to their commercial fishing businesses and their inability to use and enjoy their properties, respectively. In the course of the 7-year-long class action initiated by the plaintiffs (comprising of affected fishermen and property owners), PAA has only recently agreed to pay $230 million to the affected persons. That said, the District Court for the Central District of California is yet to approve the said settlement and the final approval hearing is to be held on 16th September 2022.

Of the $230 million settlement, $184 million has been allotted for the affected fisherfolk and the remaining $46 million is assigned to the affected property owners. The plaintiffs were represented by Audet & Partners LLP, Cappello and Noël, Keller Rohrback LLP and Lieff Cabraser Heimann & Bernstein LLP, in the class action suit.

In 2018, PAA was also found criminally liable and fined for failing to maintain its pipeline leading to the commission of a felony i.e., discharge of crude oil into the Pacific Ocean.

Eligibility for making a claim

Persons and businesses which qualify either as members of the ‘Fisher Class’ or the ‘Property Class’ (the terms in quotation marks are legal terms used for classifying the affected persons) as detailed here are eligible to file a claim before 31st October 2022.

For the readers’ convenience, the eligibility criteria have been briefly summarized as follows:

Meta accused of knowingly employing exploitative and damaging business tactics so as to lure young users A total... 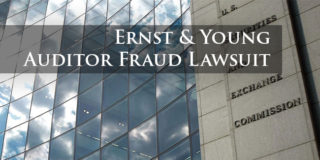 Audet & Partners, LLP is investigating claims on behalf of Ernst & Young clients that the top accounting...