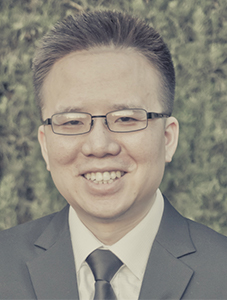 “David” Ling Y. Kuang graduated with a B.A. in Political Science, Minor in Economics, from University of California, Davis and later earned a J.D. from Golden Gate University, School of Law in 2013. He focuses his practice on the prosecution of class actions and other complex matters in both California state courts and federal courts throughout the United States. His work has earned him numerous accolades including recognition as a top attorney by SuperLawyers® (selection onto their 2019 Rising Stars list, an honor reserved for top 2.5% of attorneys in the state). Representative case work includes being part of a trial team that sought, on behalf of a class of insurance purchasers, restitution in excess of $100M dollars, pursuing actions against Fortune 100 companies for product defects, and safeguarding privacy and consumer data protection in suits against Silicon Valley scions. His experience prior to joining Audet & Partners include, among others, gaining a wide breadth of judicial insight working with Associate Justice Nathan D. Mihara in the California Court of Appeal, Sixth Appellate District; and further expanding his experience on the international stage, having clerked for the Honorable Sharon D. Melloy in the Hong Kong District Courts.

David is also a co-author and contributor to the practice guide Handling Federal Discovery (James Publishing). The treatise aims to keep legal practitioners up to date on evolving federal discovery procedures, technology and jurisprudential interpretation of Fed. R. Civ. P. changes over the years.

Steadfast commitment to justice and contributions to communities-in-need remain a priority for David as well. He was inducted into the Pro Bono Honor Society, nominated for the Paul S. Jordan Award for service and contribution, participated on the Planning Committee for the 39th and 40th Asian Law Caucus Annual Event, and has volunteered his time to legal aid clinics organized by Asian Pacific Islander Legal Outreach, California Rural Legal Assistance and Legal Aid of Marin; and with indigent incarcerated clients through San Francisco Sheriff’s Department’s Prisoner Legal Services.