According to recently filed court documents, Johnson & Johnson officials systematically destroyed or lost documents relating to its vaginal mesh implants despite having been ordered to preserve that evidence.

Bloomberg.com reported* the alleged document destruction in early December 2013 after court documents were filed by the attorneys representing women who have sued Johnson & Johnson over injuries associated with the transvaginal mesh devices.  Destruction of critical evidence may potentially hinder the prosecution of valid transvaginal mesh claims by affected women.  The Bloomberg article quotes the womens’ attorneys as stating that the “[d]efendants should not benefit from the gaps in plaintiff’s story that defendant created.”

While J&J / Ethicon spokesman, Matthew Johnson, reportedly said the company has “…never intentionally destroyed, withheld or failed to produce relevant documents…” Ethicon admitted that all of the documents on former Ethicon president Renee Selman’s computer hard drive were destroyed.  However, the “spoliation of evidence” was not limited to just one employee or department.  Rather, the lawyers claim it was a systematic failure to preserve evidence at all levels occurring over a ten-year period resulting in hundreds of thousands of documents having been mishandled, lost, or destroyed.

Since Ethicon admitted to destroying or mishandling documents, the transvaginal mesh plaintiff lawyers urge the court not to simply give the defendants the “proverbial slap on the hand,” but rather to impose real sanctions to ensure that such irresponsible corporate behavior does not persist in future litigation.  Additionally, the attorneys have requested that the court ban defendants from seeking to throw out cases based on certain legal defenses flowing from the missing evidence.  In other words, the “Defendant should not benefit from the gaps in Plaintiff’s story that Defendant created.”

Women who have experienced problems after a transvaginal mesh procedure are encouraged to contact the attorneys at Audet and Partners, LLP for a free consultation about their legal options.  Call us at (800) 965-1461 or fill out the confidential case inquiry form on our website. 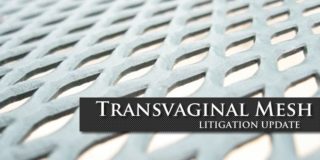 Audet & Partners, LLP reports that a West Virginia has returned a multi-million dollar verdict on behalf of... 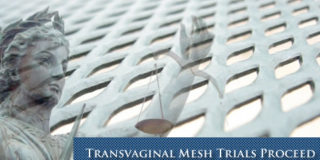